Artificial intelligence will make significant progress toward becoming the most game-changing technology in human history in 2022. According to Sundar Pichai, CEO of Google, its impact on human progress will exceed that of fire and electricity combined. It’s a bold statement, but the field has already been put to use in areas like climate change mitigation, space travel, and cancer therapy, so the promise is undeniable.

It’s hard to imagine the entire ramifications of empowering machines with decision-making capabilities, which would allow for decision-making to occur far faster and more correctly than humans could ever achieve on their own. And yet, 2022 is a year in which we may rest assured that even more ground-breaking discoveries and innovations will be made, expanding the bounds of what was previously thought feasible. Here are some of the most promising ones I anticipate will see significant progress in 2022:

Concerns that machines or robots would eventually displace humans in the workplace and possibly render some jobs obsolete have been for as long as the industrial revolution has been going on. Working with or alongside machines that use smart and cognitive capability to increase our own abilities and skills will become increasingly common as firms negotiate the process of developing data and AI-literate cultures within their teams. Tools that assist us assess whether leads are worthwhile and how much value we can expect from potential clients are already routinely utilised in several roles, such as marketing. With the use of AI tools, engineers can predict when their machinery will go down and schedule maintenance accordingly. Tools that assist us sift through the ever-expanding amount of data accessible to identify the gems we need for a certain activity will become increasingly important in knowledge-based fields like law. Smart tools and services are emerging in nearly every industry to help us do our jobs more efficiently, and by 2022, more of us will find that they are an integral part of our day-to-day operations.

By modelling human languages, computers can learn to understand and converse with humans in their native tongues, or convert human speech into computer code. Most recently, OpenAI released GPT-3, the largest and most complex language model yet built, with an estimated 175 billion “parameters” (variables and datapoints) that machines can use to interpret human language. It has been reported that OpenAI is developing a follow-up called GPT-

4 That’s a lot of power right there. Unconfirmed reports suggest it may include as many as 100 trillion parameters, making it 500 times larger than GPT-3 and bringing us one giant leap closer to a world where machines can construct natural-sounding languages and carry on intelligible dialogues with humans. A significant improvement in the system’s ability to generate programme code is also expected.

According to the World Economic Forum, cybercrime may be much more dangerous to society than terrorism is at the moment. Every new piece of hardware added to a network is another entry point for an attacker, therefore the prevalence of hacking and cybercrime is only expected to increase as machines take over more and more of our daily lives. In increasingly complex networks of interconnected devices, isolating potential failure spots is an increasing challenge. However, this is an area where AI can be useful. Smart algorithms are increasingly helping to keep us safe from 21st-century crime by studying network data and learning to spot patterns that imply bad intents. In 2022, we should expect to see some of the most groundbreaking uses of AI to date emerge in this field. 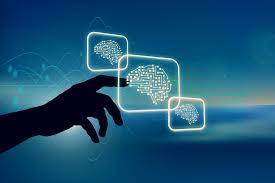 The term “metaverse” is used to refer to a collective lasting digital environment where people can interact professionally and recreationally. It’s a kind of internet-like virtual space where people may develop and share interactive 3D environments. Since Mark Zuckerberg proposed developing it by fusing VR technology with the social infrastructure of his Facebook network, the idea has become widely discussed.

Undoubtedly, artificial intelligence will play a significant role in the future of the metaverse. It will aid in the development of virtual communities where people can freely express their imagination. It’s conceivable that we’ll get acclimated to interacting with artificial intelligences in the metaverse, whether it’s to do work we’ve brought them there to accomplish or to engage in leisurely activities like a game of chess or tennis.

Artificial Intelligence with Little or No Coding

The lack of trained AI engineers to develop the requisite tools and algorithms is a major roadblock in the widespread adoption of AI-driven efficiency in many businesses. There are attempts to circumvent this problem with no-code and low-code solutions that provide user-friendly interfaces with which complicated AI systems can be built. No-code AI systems will allow us to create smart programmes by plugging together various pre-made modules and feeding them our own domain-specific data, similar to how web design and no-code UI tools now allow users to create web pages and other interactive systems simply by dragging and dropping graphical elements together. Natural language processing and language modelling (discussed above) are paving the way toward a future when we can simply speak or write our commands. This whole process will be crucial to the “democratisation” of AI and data technology.

Autonomous vehicles, ships, and planes will change the way we travel and live in the next decade, and artificial intelligence (AI) is the “brains” that will direct them. When we look back on 2022, we should cringe at the thought that we once accepted the reality that each year, 1.3 million people died as a result of traffic accidents, 90% of which were caused by human mistake.

Also, self-driving technology is improving, with Tesla promising fully autonomous vehicles by 2022 (though these are still years away from being widely available). It faces stiff competition from companies like Google’s own Waymo, Apple, General Motors (GM), and Ford (Ford), all of whom are certain to disclose significant developments in the coming year. The Mayflower Autonomous Ship (MAS), powered by IBM and constructed in conjunction with non-profit ProMare, will once again try to become the first autonomous ship to traverse the Atlantic Ocean this year (having been forced to turn back during its initial attempt this year).

Art, music, poetry, plays, and even video games can all benefit from AI’s creative potential. In 2022, with the advent of new models like GPT-4 and Google’s Brain redefining the limits of what is possible, we can anticipate increasingly complex and seemingly “natural” creative output from our increasingly imaginative and adept electronic companions. In 2022, we will see these inventions increasingly used to mundane creative jobs, like creating headlines for articles and newsletters, rather than merely as demos or experiments to show off the potential of AI, as is the case today.